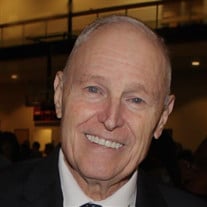 William (Bill) Carrol Chapman (born 1/19/1945) died in the early hours of April 9th, 2022, after a long coexistence with cancer. He is preceded in death by his loving wife Tan Tsai, his mother Lillian Reese, his step-father Larry Reese, and his father, Elmo Chapman. He is survived by his brother Ken Chapman (Carol); children Jereme (Rachel), Elizabeth (Todd), Tim (Christa), Andy (Marianna), Julianna, Emily (Roy) and Christy (Cameron); 15 grandchildren; and a host of people he considered family, all over the globe. Bill’s life was marked by a relentless drive for knowledge and self-fulfillment. Born in Atlanta, Georgia, he graduated from Druid Hills High School. He received a Bachelor of Science degree from Emory University in Atlanta, a Masters of Divinity from Reformed Theological Seminary in Jackson, MS, and a Masters of Computer Science from Mississippi State University. He studied chemistry, geology, and theology but found his true niche in computer science. He began working with computers during his time at Emory, and likely became the first person in Mississippi to own a personal computer. He started a small business performing computer services, Crown Specialties Incorporated, and even wrote software customized for pharmacists and an accounts receivable program. He performed contract computer services for Mississippi State University for many years before finishing his career as a university employee in the Campus Landscape, Architecture and Electrical and Computer Engineering departments. He was also very proud of his brief stint as the men’s basketball coach at Millsaps College. Bill married Janet (née Bivins) during his time at Emory and together they had seven children, of whose resilience and success he was very proud. He married Tan Tsai in the fall of 2000. His life with Tan became one of service to the Black and international communities at Mississippi State and in Starkville. Previous to his retirement, he was the sponsor of the NAACP chapter at Mississippi State. He was a beloved Bible teacher for the Korean and Chinese Christian communities in Starkville, and participated in the ministry of many other churches around the area. At the time of his death he was under the pastoral care of Dr. Albert Bisson, of Faith Baptist at Pugh’s Mill. He never stopped adding individuals to his constellation of people he called “family,” whether he found them via online communities, by marriage, or through church. We are deeply grateful to know that now in the presence of Jesus, he has found his fulfillment and waits for his family. In lieu of flowers, the family requests memorials be sent to The Tan Tsai & William C. Chapman Scholarship for International Students, c/o The MSU Development Foundation, P.O. Box 6149, Mississippi State, MS 39762.

William (Bill) Carrol Chapman (born 1/19/1945) died in the early hours of April 9th, 2022, after a long coexistence with cancer. He is preceded in death by his loving wife Tan Tsai, his mother Lillian Reese, his step-father Larry Reese, and... View Obituary & Service Information

The family of William “Bill” Carrol Chapman created this Life Tributes page to make it easy to share your memories.

Send flowers to the Chapman family.