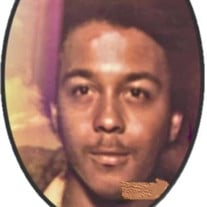 Brother Vernon Phifer, was born to Eliza Phifer and Robert Spann on April 2, 1957. He attended Lee High School up to the 11th grade and then joined the Army National Guard, where his primary duty was an indirect fire infantryman, and his secondary... View Obituary & Service Information

The family of Vernon Lee Phifer created this Life Tributes page to make it easy to share your memories.

Send flowers to the Phifer family.