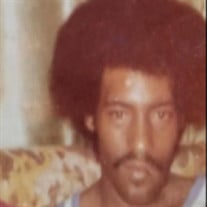 Vance Lee Childs, a beloved husband, devoted father, grandfather, and brother fell asleep in death on Saturday, September 11, 2021 in Starkville, MS. Vance was born in Starkville, Mississippi on January 17, 1956 to the union of the late Willie and Julia Mae Childs. Vance and Mosie met through family and friends. When Vance proposed to Mosie, she could not resist his charm and said, “Yes”. So the two joined a bond of union that was inseparable. Vance and Mosie celebrated 38 years of Marriage. From this union they produced four children whom both Vance and Mosie cherished and loved dearly. Vance and Mosie both graduated from Starkville High School. Vance worked many years for the City of Starkville Water Department after which he later retired. Mosie was a dedicated homemaker. All who knew Vance and Mosie could testify to their love of listening to the 70’s R&B classics, dancing, and spending time with family and friends. Vance and Mosie leave behind their children, Jeremiah Booker, Joshua Booker, Renee Childs, Felecia Childs; 2 grandchildren, Langeliah D. and L. Zaveyana. Vance was preceded in death by his brother, James Childs and his three sisters: Zerlie Golden, Barbara Coffer, and Wilma Clark. He also leaves behind his bother Billy Childs and sister Mary Childs; Aunts: Lois O’Neil, Velma Childs; a host of nieces, nephews, relatives, and friends. “And God shall wipe away all tears from their eyes; and there shall be no more death, neither sorrow, nor crying, neither shall there be any more pain: for the former things are passed away.” Revelation 21:4 (KJV)

Vance Lee Childs, a beloved husband, devoted father, grandfather, and brother fell asleep in death on Saturday, September 11, 2021 in Starkville, MS. Vance was born in Starkville, Mississippi on January 17, 1956 to the union of the late Willie... View Obituary & Service Information

The family of Vance L. Childs created this Life Tributes page to make it easy to share your memories.

Send flowers to the Childs family.