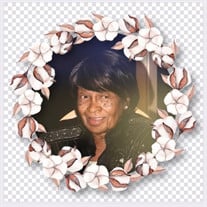 Her children arise up, and call her blessed; her husband also, and he praiseth her. Many daughters have done virtuously, but thou excellest them all. Proverbs 31:28-29 As one whom his mother comforteth, so will I comfort you. Isaiah 66:13 Shirley "Eubanks" Boyd was a devoted and loving mother, sister, and friend. At nearly 90 years of age, her life came to a peaceful end on February 13, 2022. We rest easy knowing that she is no longer in pain and is now with the Lord. There are three steps into Heaven – out of self; into Christ; and into Glory. Sister Shirley took the first of these two steps in life. Born on April 15, 1932, to the late Mr. Luther Eubanks and the late Mrs. Lauretha "Aikens" Roberson in Starkville, Mississippi, Shirley confessed a love for Christ at an early age. As a member of First John Missionary Baptist Church, Shirley expressed this love principally through service. For over 70 years, she freely gave of her time and resources to help her church and community. Whether preparing holiday gift baskets, giving to the church’s education efforts, representing the church at various conferences and events, or serving as a mentor to the youth, Shirley could always be found positively impacting lives. Moreover, Shirley was a distinguished leader. Within the church, she was a deaconess and served terms as the President of both the choir and missionary society. Outside the walls of First John, Shirley was a founding member and Treasurer of the Starkville chapter of the Order of the Eastern Star #65, and a member of the Heroines of Jericho, Rising Star Court #30. Her willingness to be of service to the Lord and others gave her purpose. It made her the radiant and joyful Christian we all admired. On March 11, 1949, she joined the late Mr. Clifton Boyd, Sr. in matrimony. To this union six sons were born. One son, Robert L. Boyd Sr., preceded her in death. She leaves to mourn five sons: Jerry Boyd of Starkville, MS; Eddie W. Boyd (Leslie) of Brooklyn Park, MN; Clifton Boyd, Jr. (Savit) of Ham Lake, MN; Kent A. Boyd, Sr. (Gail) of Conyers, GA and Calvin R. Boyd (Ellen) of Chandler, AZ. She also leaves 19 grandchildren, 17 great grandchildren and several nieces, nephews and a host of other relatives and friends. Today, we celebrate Shirley taking the third and final step into Glory, where there is no more weeping, pain, sorrow, nor disappointment. We know she is at peace and reaping her great reward reserved for the faithful. Though we may weep for a while, ultimately, we should rejoice with her and thank our Heavenly Father for fulfilling His promise and taking her to the land of glory.

Her children arise up, and call her blessed; her husband also, and he praiseth her. Many daughters have done virtuously, but thou excellest them all. Proverbs 31:28-29 As one whom his mother comforteth, so will I comfort you. Isaiah 66:13 Shirley... View Obituary & Service Information

The family of Mrs. Shirley Boyd created this Life Tributes page to make it easy to share your memories.

Her children arise up, and call her blessed; her husband also,...

Send flowers to the Boyd family.